Pietrapertosa is a charming village: it looks like a nativity scene created among rugged rocks with evocative figures. Its particular beauty and its location among the Lucanian Dolomites make Pietrapertosa a favorable place for the reconstruction of timeless stories and legends.

The Holy Grail, Arabs, bees imprisoned in the rock or splendid sorcerers: there is no aspect of the human imagination that has not found a way, here, to take shape. What not everyone knows, however, is that the magic Pietrapertosa continues to tickle the imagination of contemporary minstrels, hyperbolic storytellers who make it the perfect stage for their exciting stories.

This is the case of Stephen King who, in his novel the “Institute” of 2019, mentions this village in the province of Potenza.

The author, in particular, tells of an institution hidden in these mountains in which boys and girls are held prisoners because of their elusive uniqueness: they are all endowed with telepathic and telekinetic powers. Nothing more than a quote, but pretty charming. In the novel, the Lucanian village is just one of the places where hundreds of young people are kept in chains, such as Namwon, South Korea, Bavaria or Amsterdam.

They are all places of pain and revenge in which the ability and the will to defend oneself and to be free coagulate. But they are also places where everything melts into the sweetness of a hug.

In the end, even in this dark book, the light of Pietrapertosa manages to emerge in a choral song in which the weakest are able to defend themselves and in which, after all, only beauty remains to silence us. 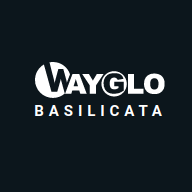